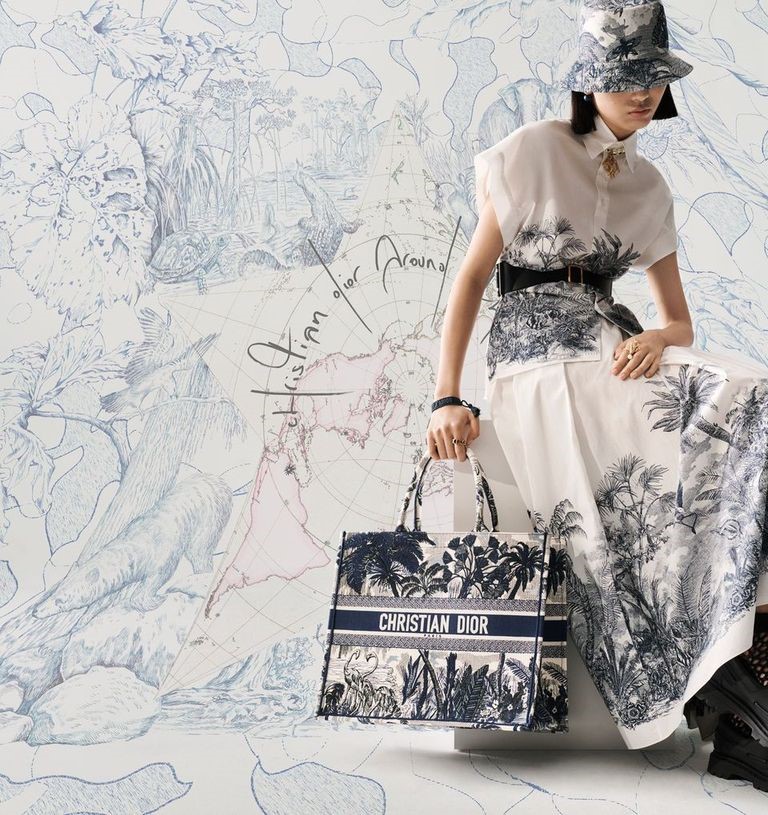 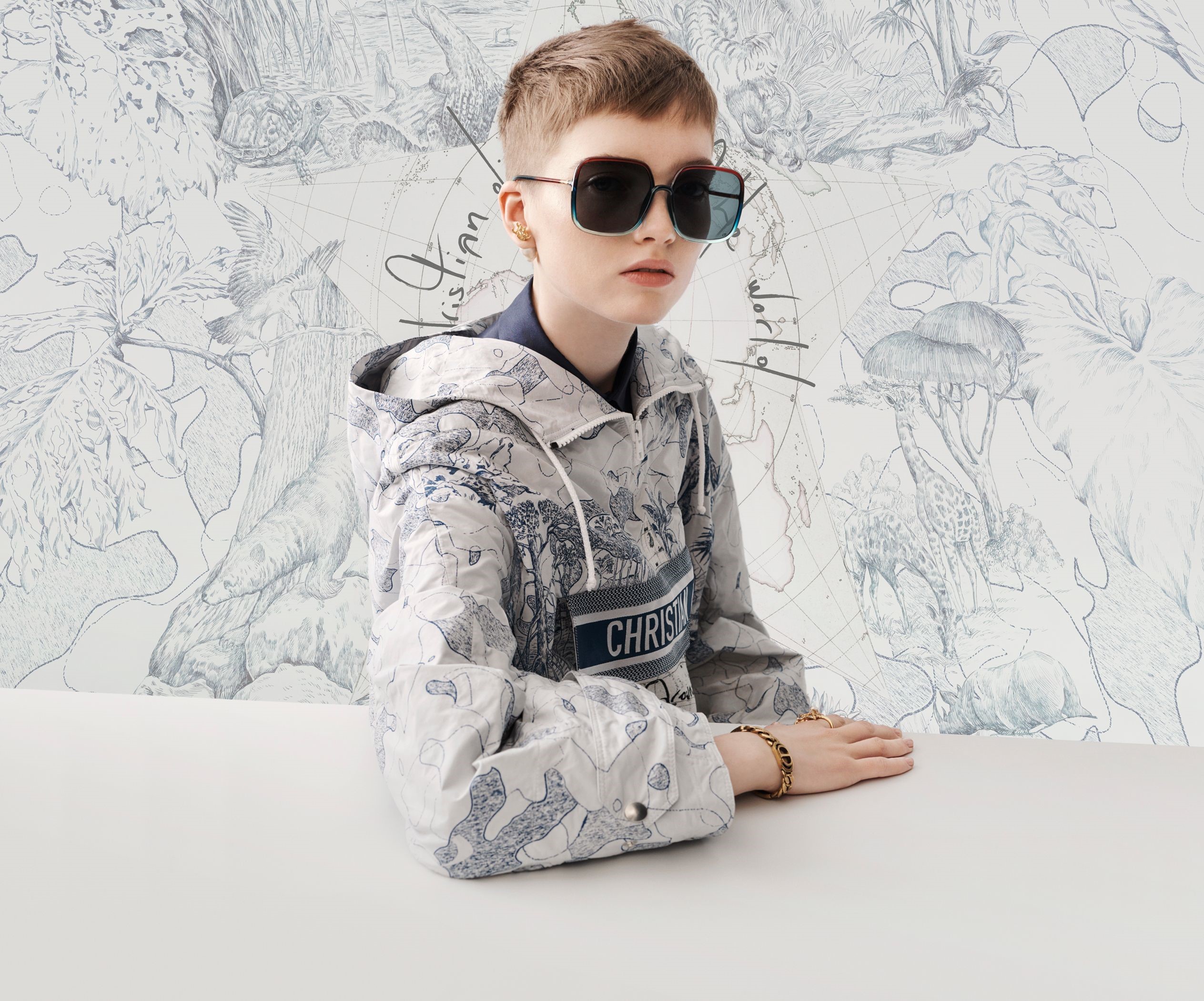 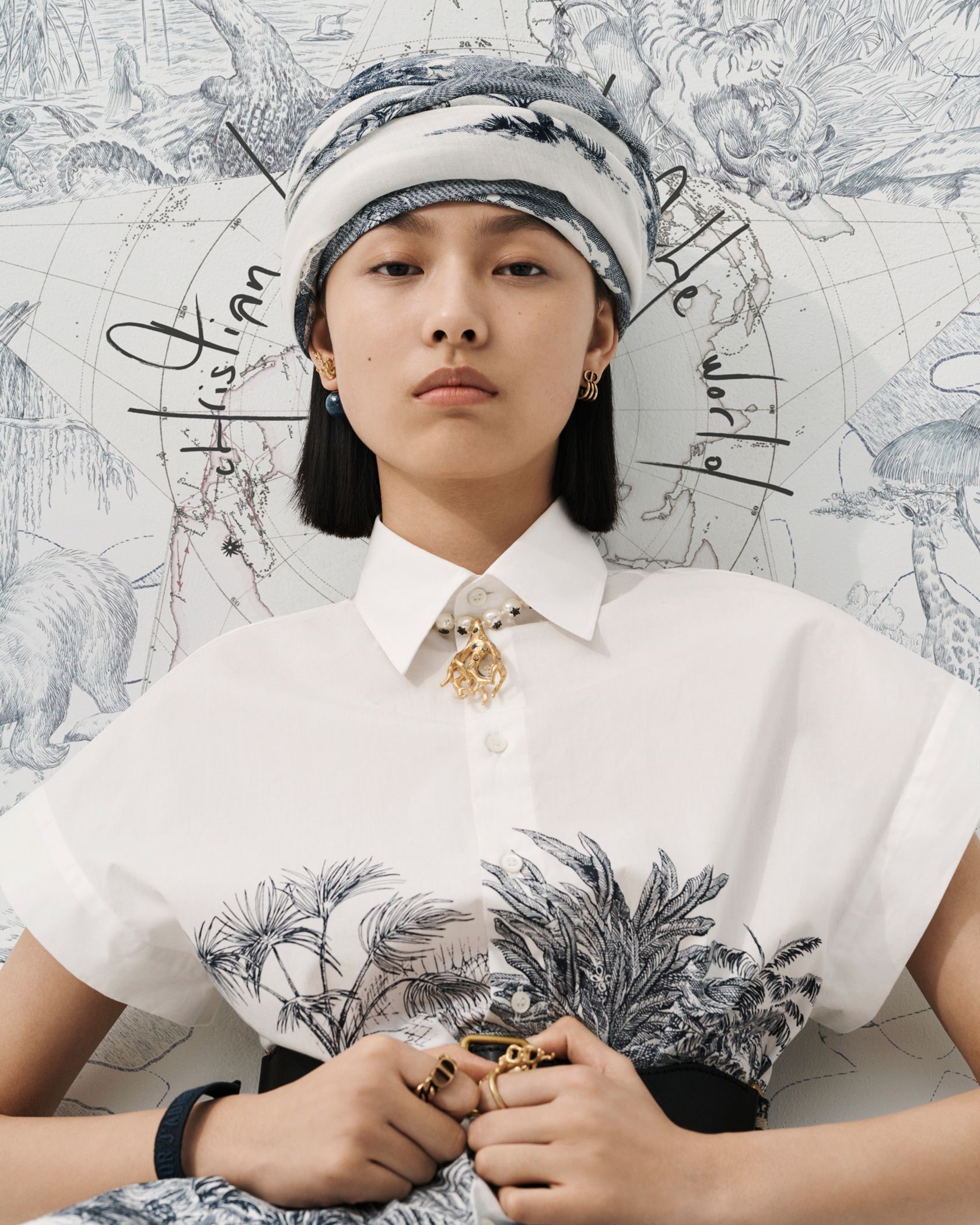 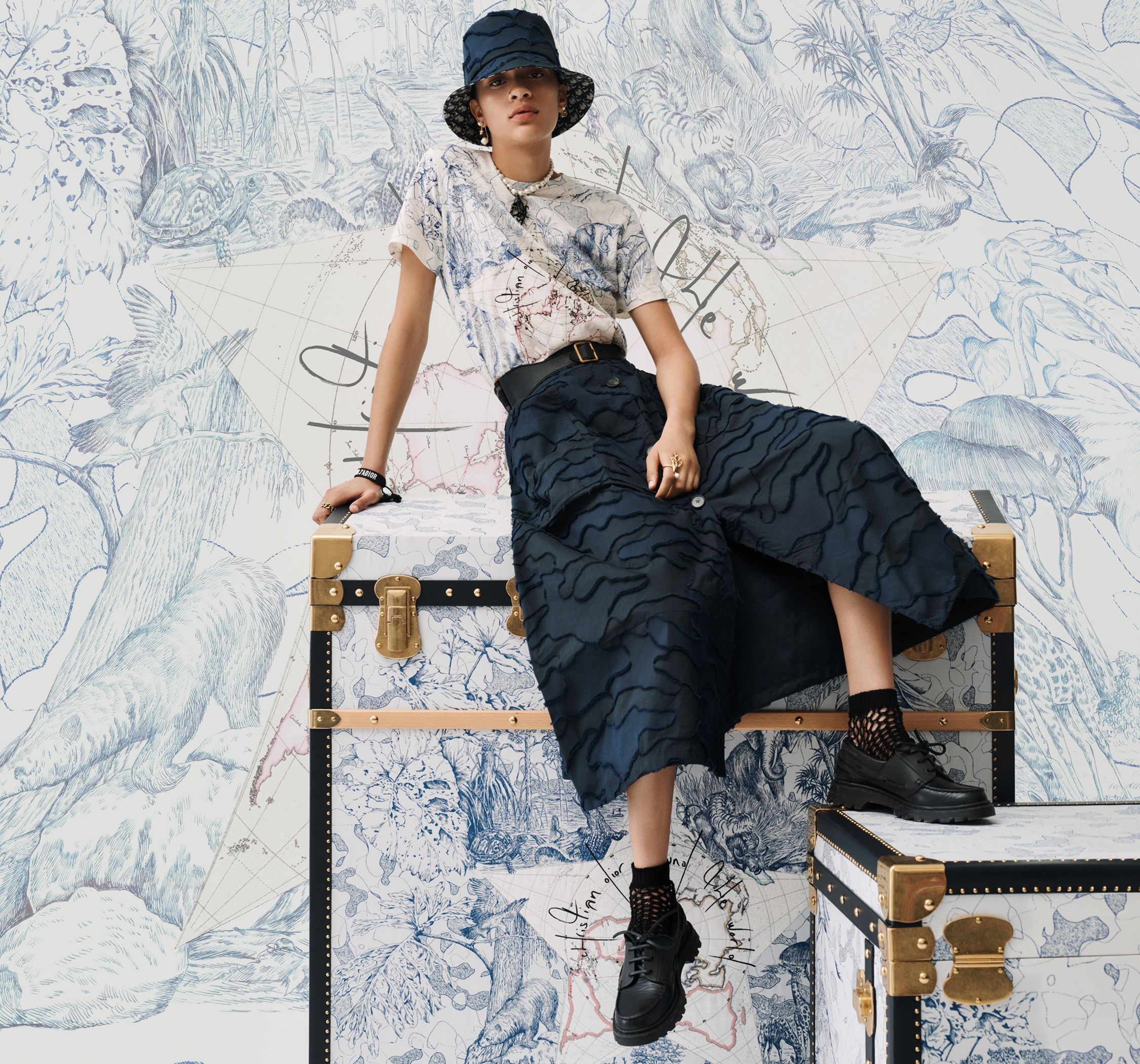 “I wanted to employ quite a different technique in fashioning my clothes, from the methods then in use – I wanted them to be constructed like buildings. Thus I molded my dresses to the curves of the female body, so that they called attention to its shape.” – Christian Dior, in Dior by Dior, 1956.

For this Fall 2020 collection, Maria Grazia Chiuru continues her reflection on what is means today to be Creative Director of a House like Dior.

How can the different demands of creation be reconciled, between tradition and innovation, between what stays the same and what changes? How can the foundations and the essence of the House to be explored in depth and reinvented? Maria Grazia Chiuri has initiated an approach that is daringly simple: questioning the meaning of fashion. That question was already at the heart of her last haute couture show*, which evoked “Are Clothes Modern?”, the 1944 MoMA exhibition directed by Bernard Rudofsky. With this new ready-to-wear collection, she takes the opportunity to write her own manifesto, a form of activism, while perpetuating her own heritage of Italian couture and the heritage of couture identities and savoir-faire, both French and Italian, by revealing specificities while simultaneously highlighting what they share.

The attention given to the architecture of each creation – born of the meeting of ideas, materials and shapes – leads to the choice and conception of specific fabrics, like those of masculine inspiration, with different motifs and colors. Checks combine beige and black or blue and black, the camouflage and tie-dye motifs are reinterpreted, becoming codes as much as concepts.

The iconic Bar jacket is also reinvented, and the shirt – one of Dior’s favorite pieces – is reworked in various styles and lengths. All the elements in Maria Grazia Chiuri’s vocabulary are here: the culotte, the kilt, the pleated skirt, the anorak, the pea coat and the trench. An atlas of emotions that questions modernity and fashion’s raison d'être with a conceptual experience and a cultural approach. 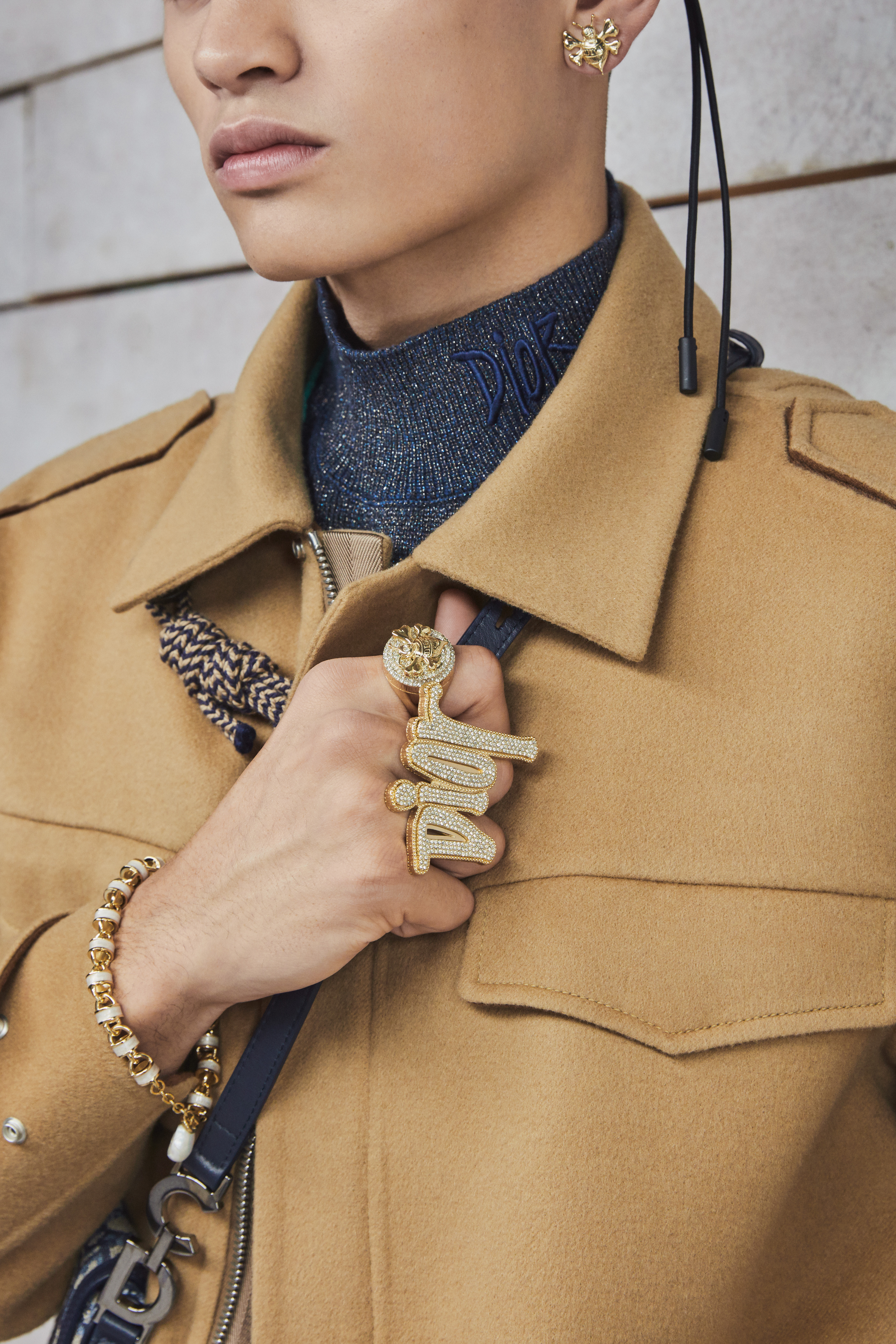 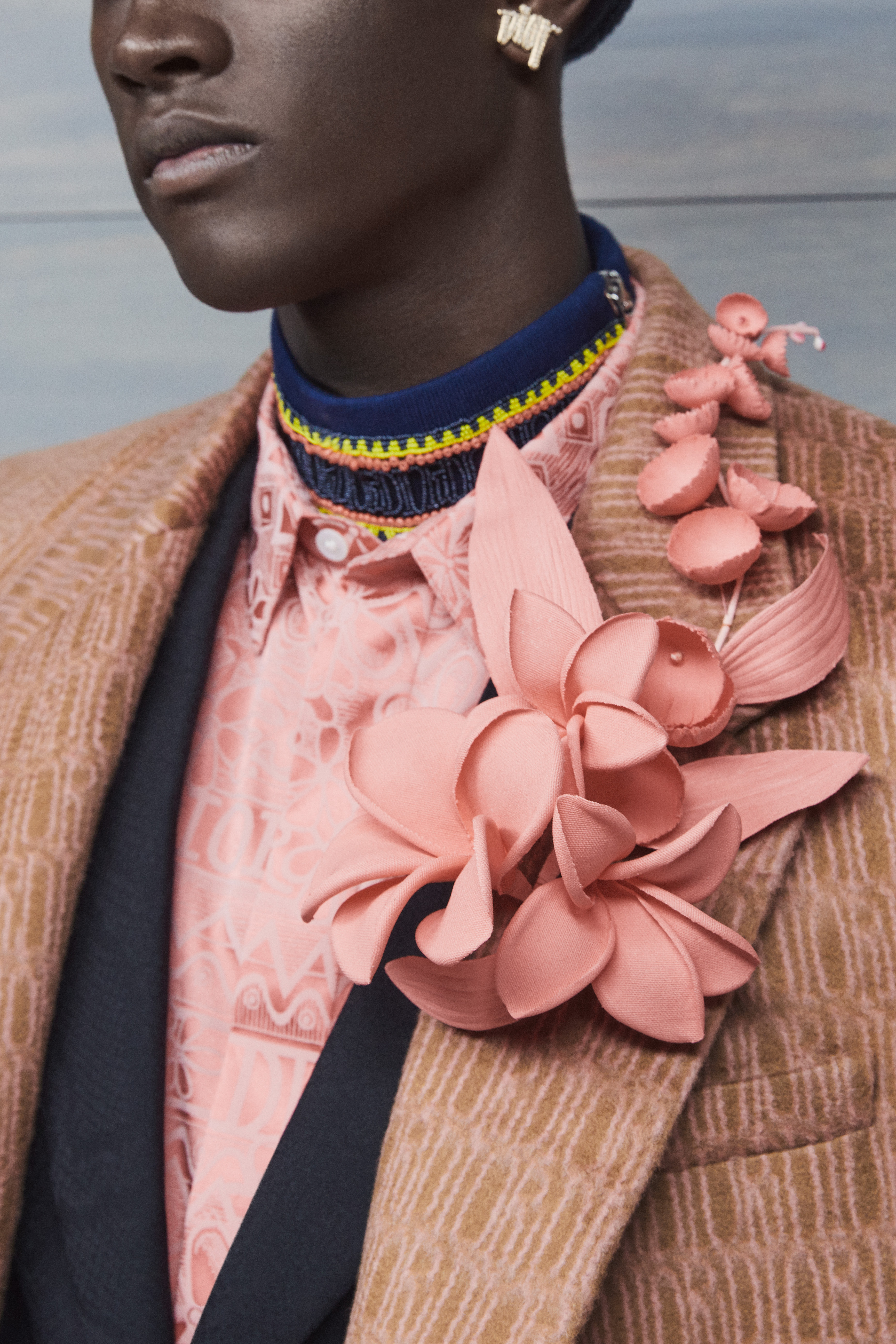 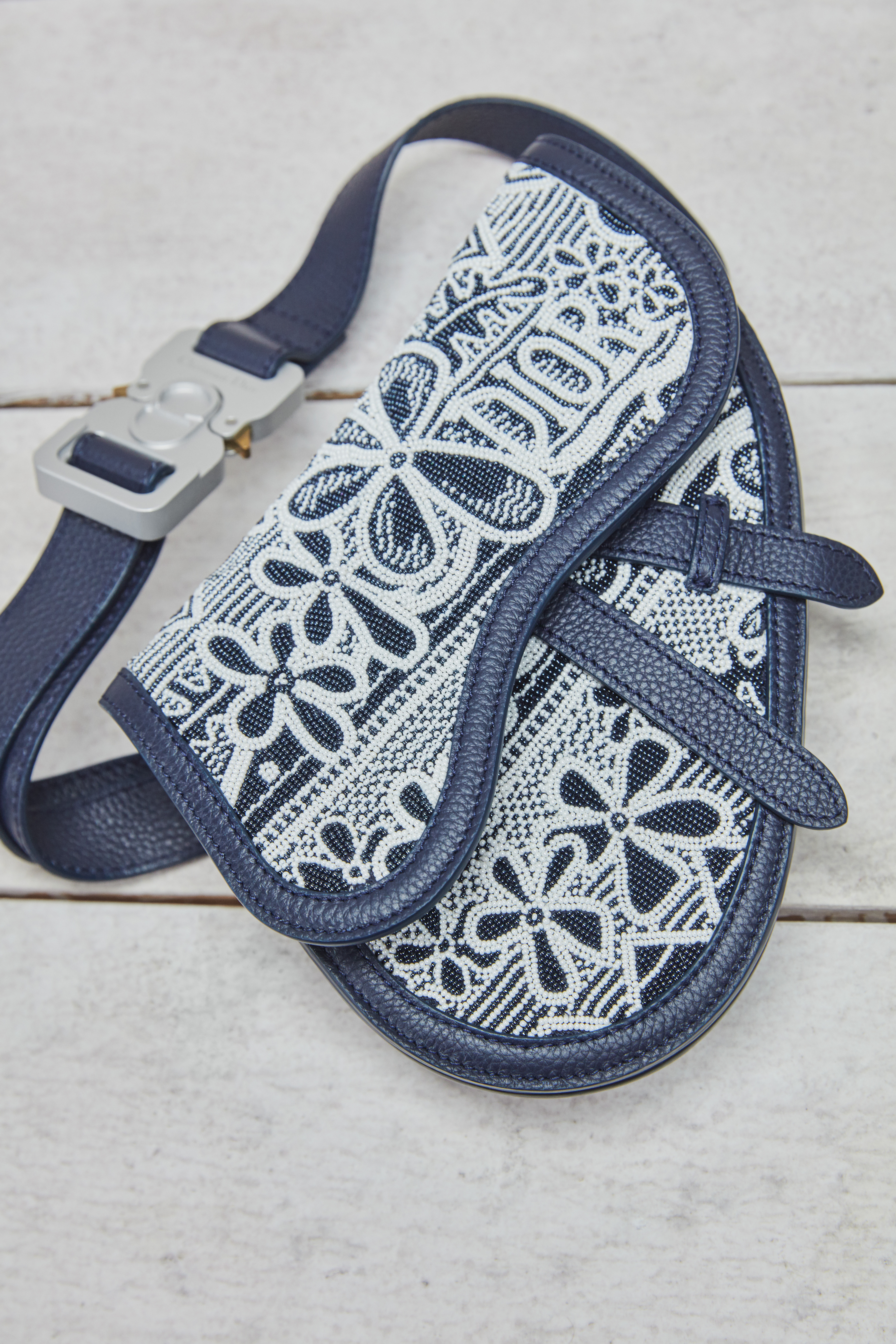 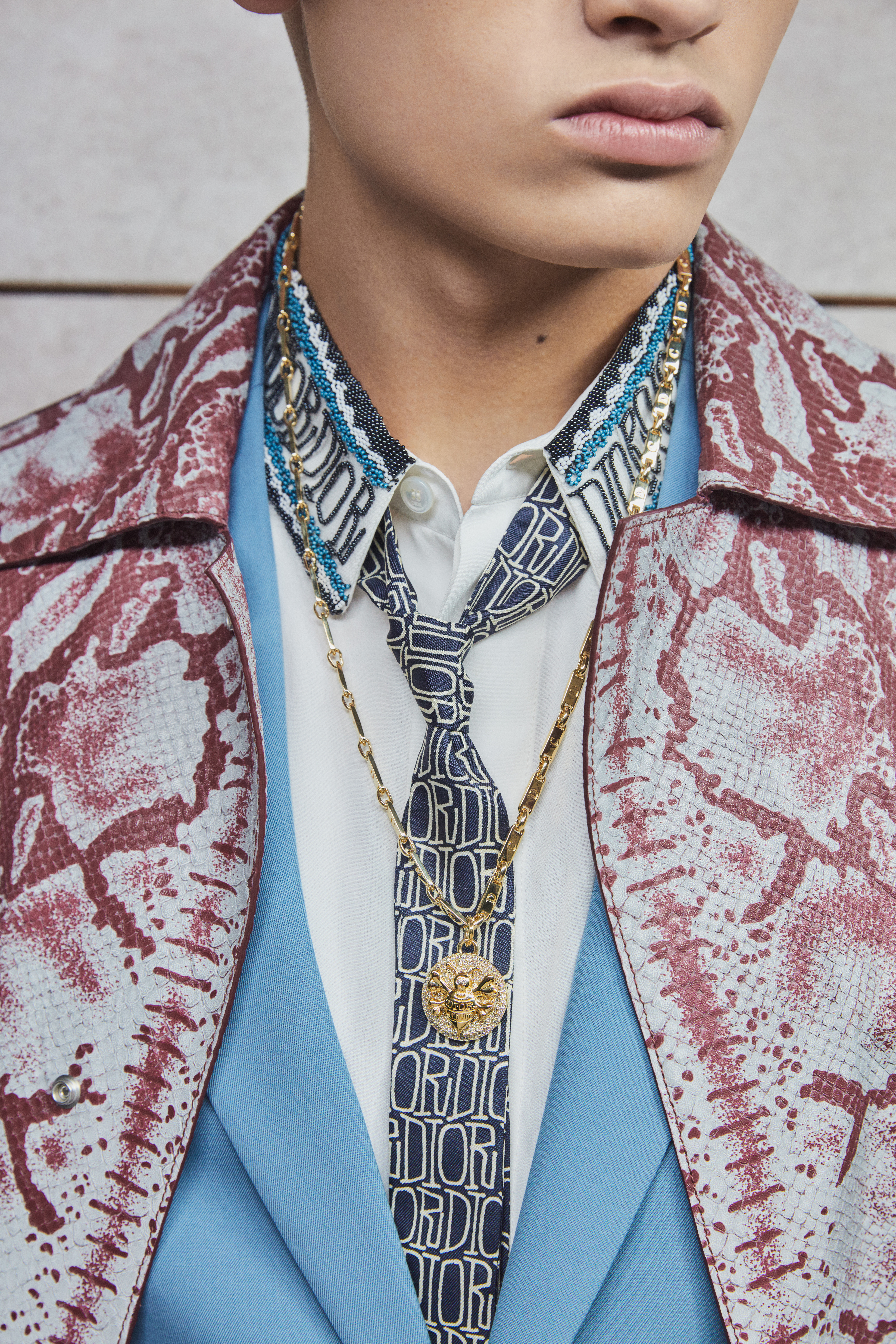 Youth. Vitality. The spirit of the new. Such were the founding principles of the new look Christian Dior designed in 1947, an original perspective on fashion and the world. A postwar renaissance. The couturier demonstrated his willingness to cross borders and explore new worlds, such as the American continent. His story and visionary philosophy inspired Kim Hones, Artistic Director of Dior Men’s collections, to build on this dialogue by presenting his Fall 2020 show in Miami, Florida.

Embroidery, beading, materials and tailoring savoir-faire – tributes to haute couture and the house’s heritage – combine with psychedelic elements to create an aesthetic that draws on a multitude of influences. Fluid jackets in tropical wools sport hand-stitched buttons. Reminiscent of the original bar suit. An icon of the new look. While a limited-edition metal version of the saddle bag is also revealed.

The house has always cultivated a passionate relationship with Art, and this fascination is at the heart of Dior’s inventiveness now more than ever. In this spirit, Kim Jone’s show is being held on the eve of the inauguration of the Art Basel Miami Fair. The show space, which is directly across the street from the Rubell Museum, is also owned by the Rubells, and was chosen as an ode to Monsieur Dior’s first vocation as a gallerist before he became a couturier. The link continues in the collection itself, through Kim Jone’s invitation to the artist and designer Shawn Stussy*. Positioned at the intersection of counterculture and the creative world of surfing, the major, multifaceted talent has reinvented the Dior logo in a graffiti style and created new prints. His vision is also interpreted in jewellery by Yoon Ahn.

A celebration of freedom: of movement, creation and spirit. A Joie De Vivre Dior holds dear.

*In his own name, an independently from any partnership with the company Stussy, Inc. or the Stussy Brand.