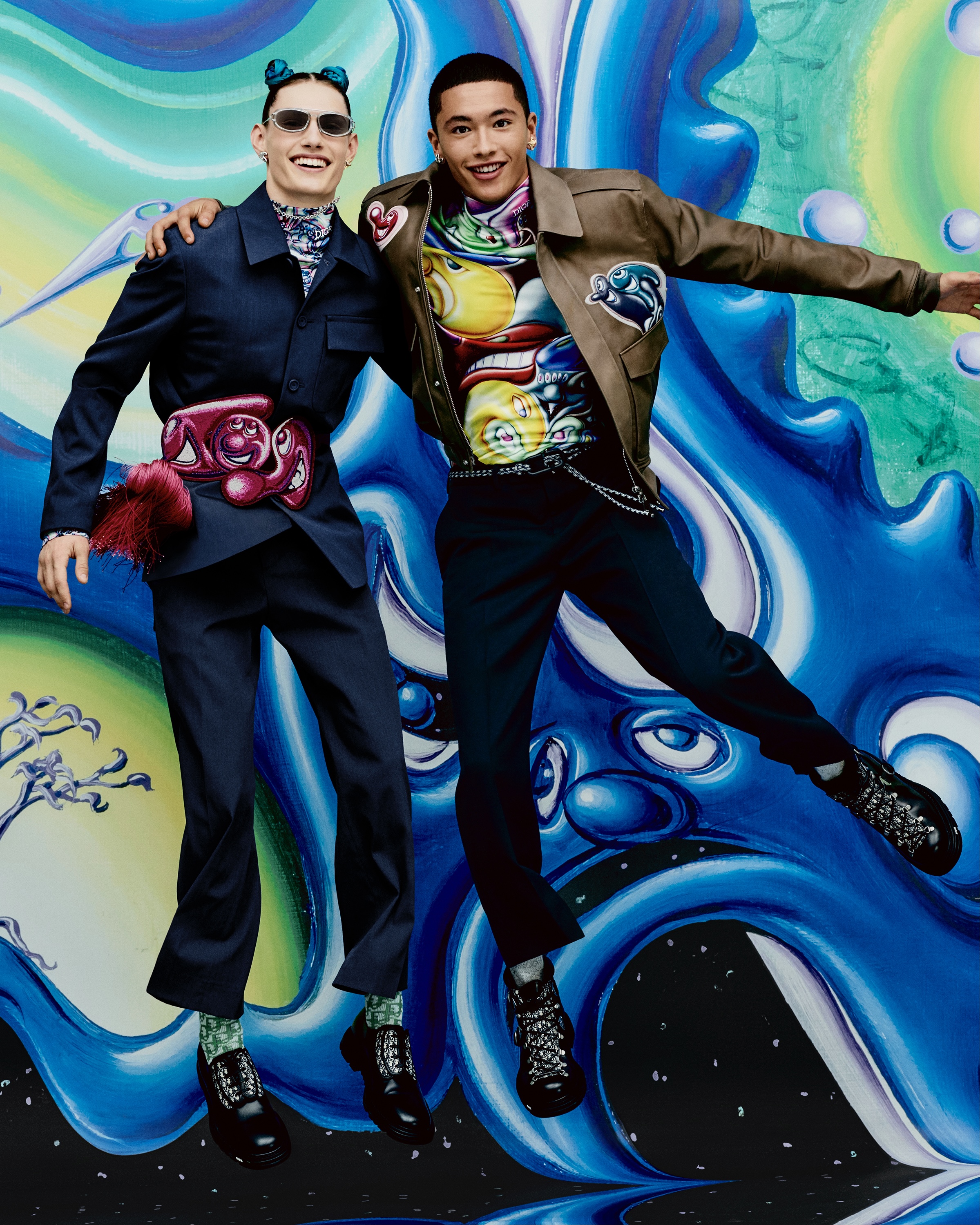 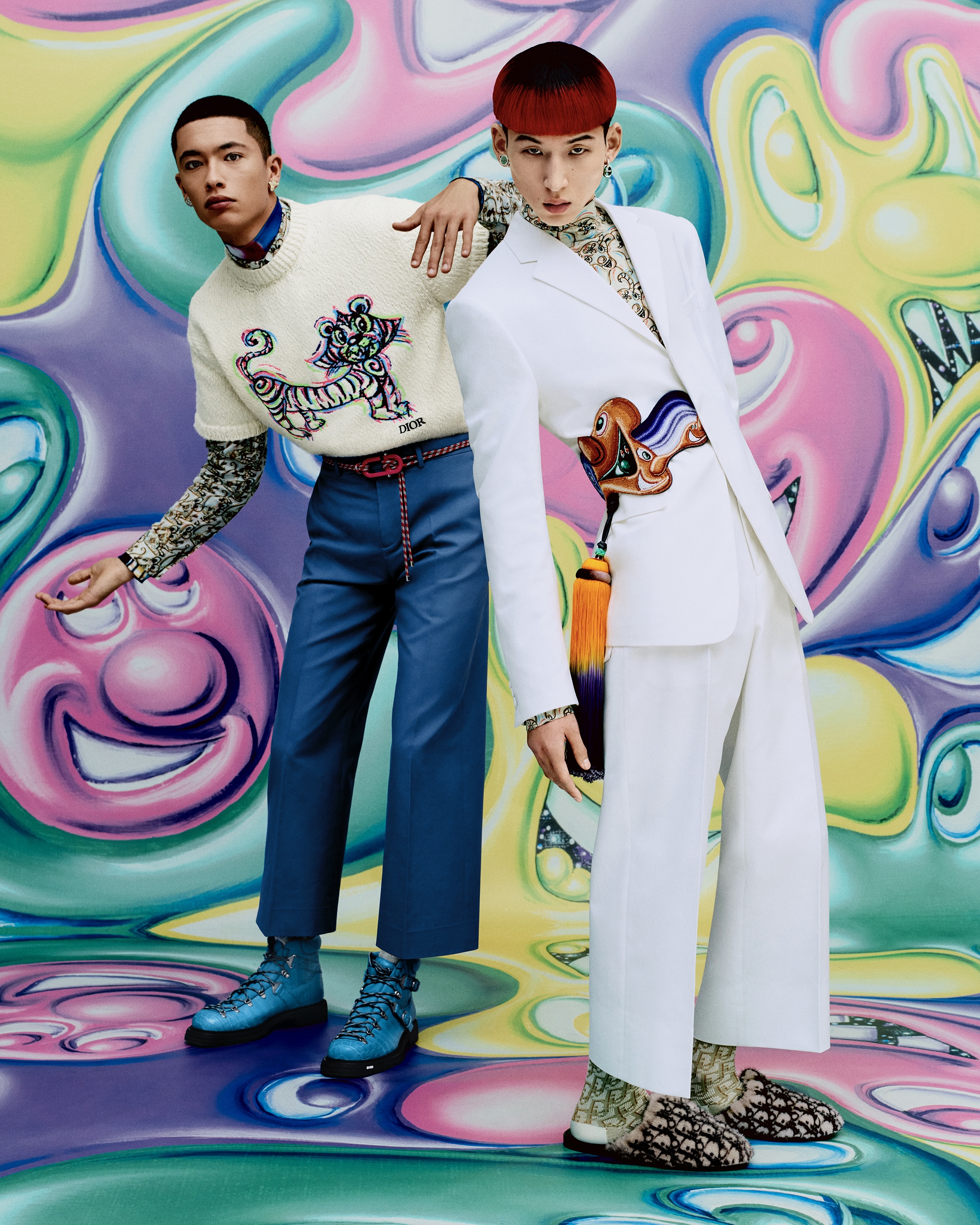 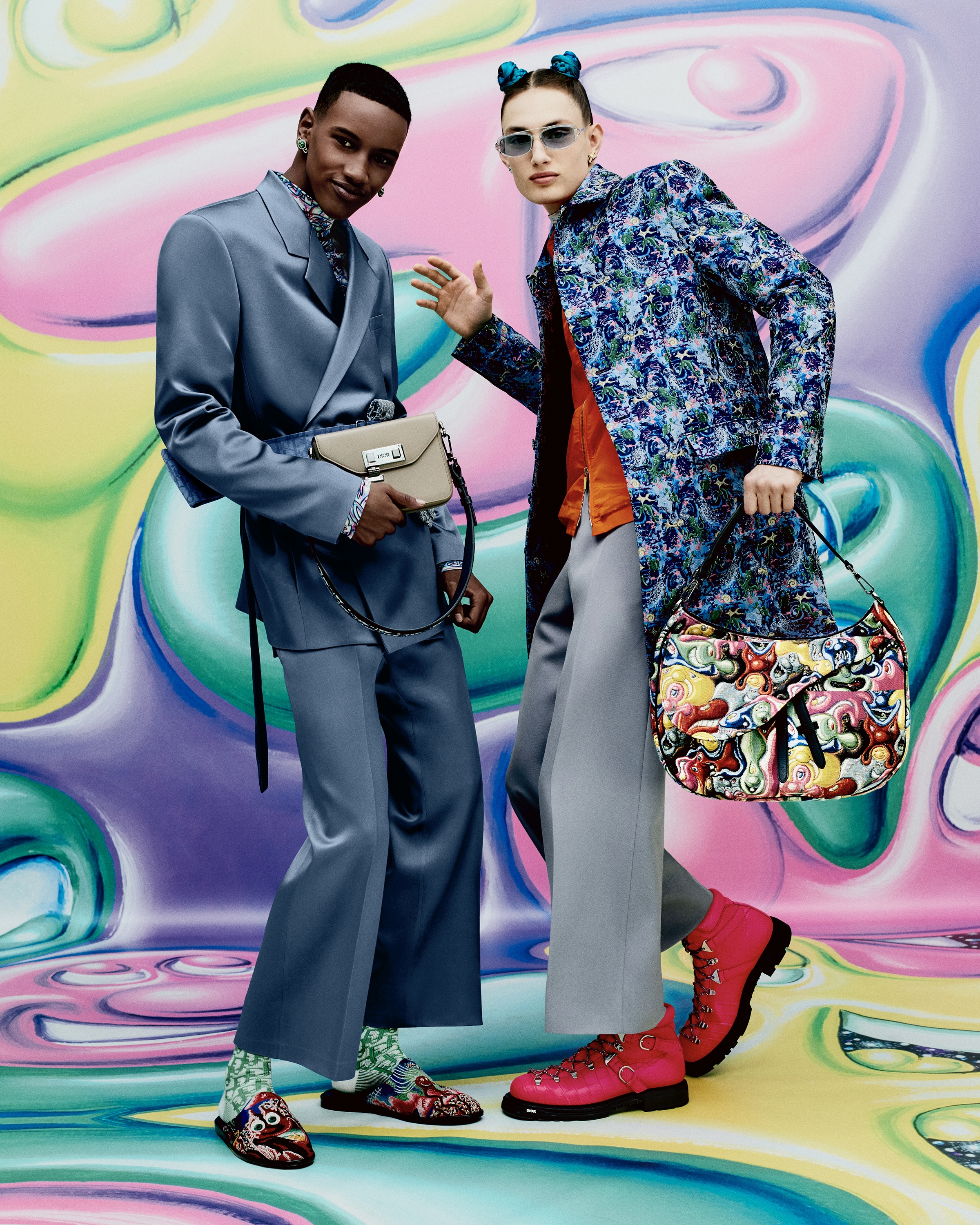 Brightly coloured pieces signed by the Artistic Director of Dior Men's Collections in collaboration with the American painters and visual artist are revealed through photographer Rafael Pavarotti's lens. In an ode to Kenny Scharf's joyful pop aesthetic, backdrops decorated with his artwork appear as if in motion, punctuated by imaginary characters poised at the crossroads of cartoon, surrealism and science fiction. These impish figures complement those found on clothes and accessories, such as the iconic saddle and soft saddle bags, on which they are reinterpreted in previous seed stitch embroideries. Bags from the Dior lock line as well as the Dior explorer boots also stand out as new style statements in the men's wardrobe. 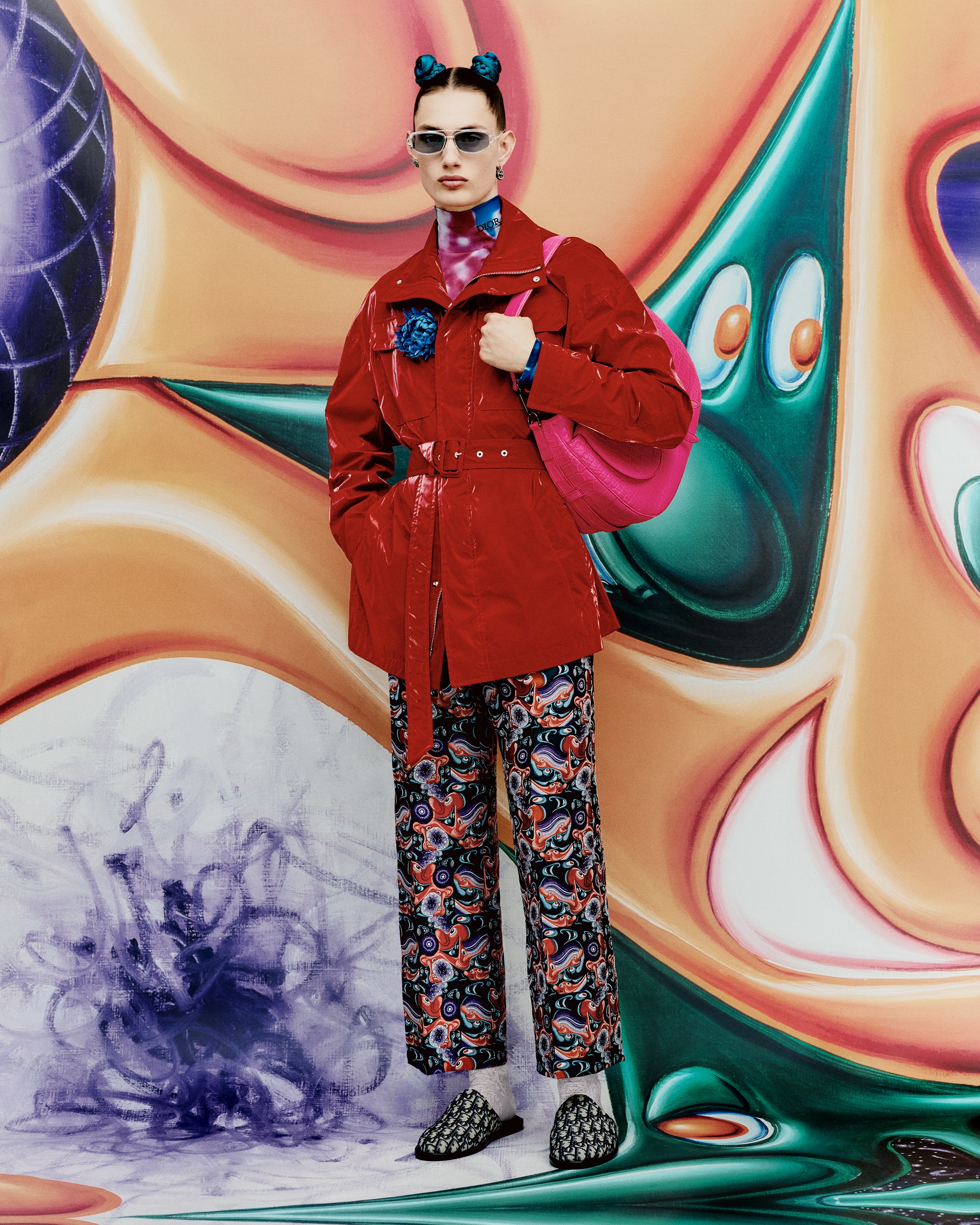 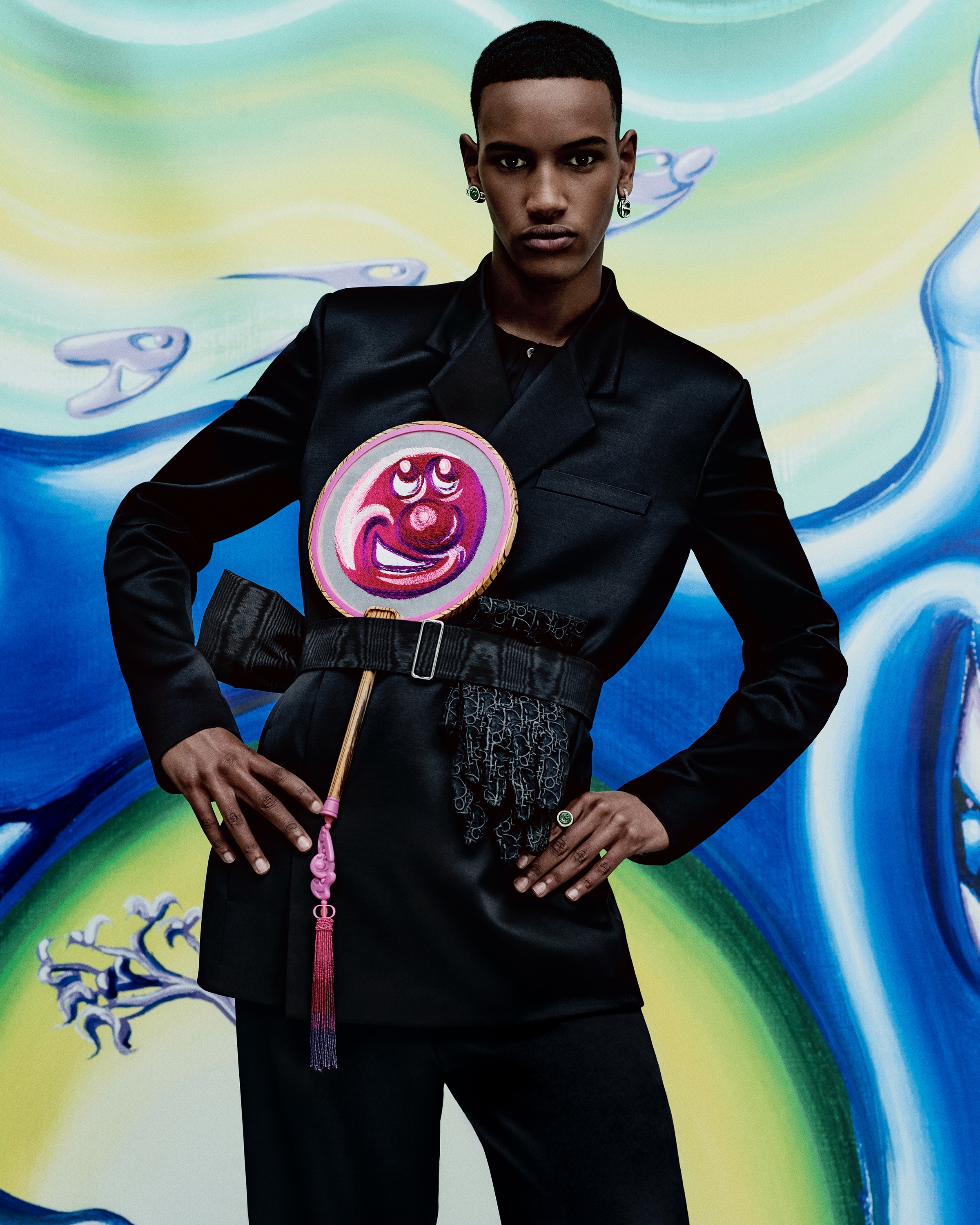 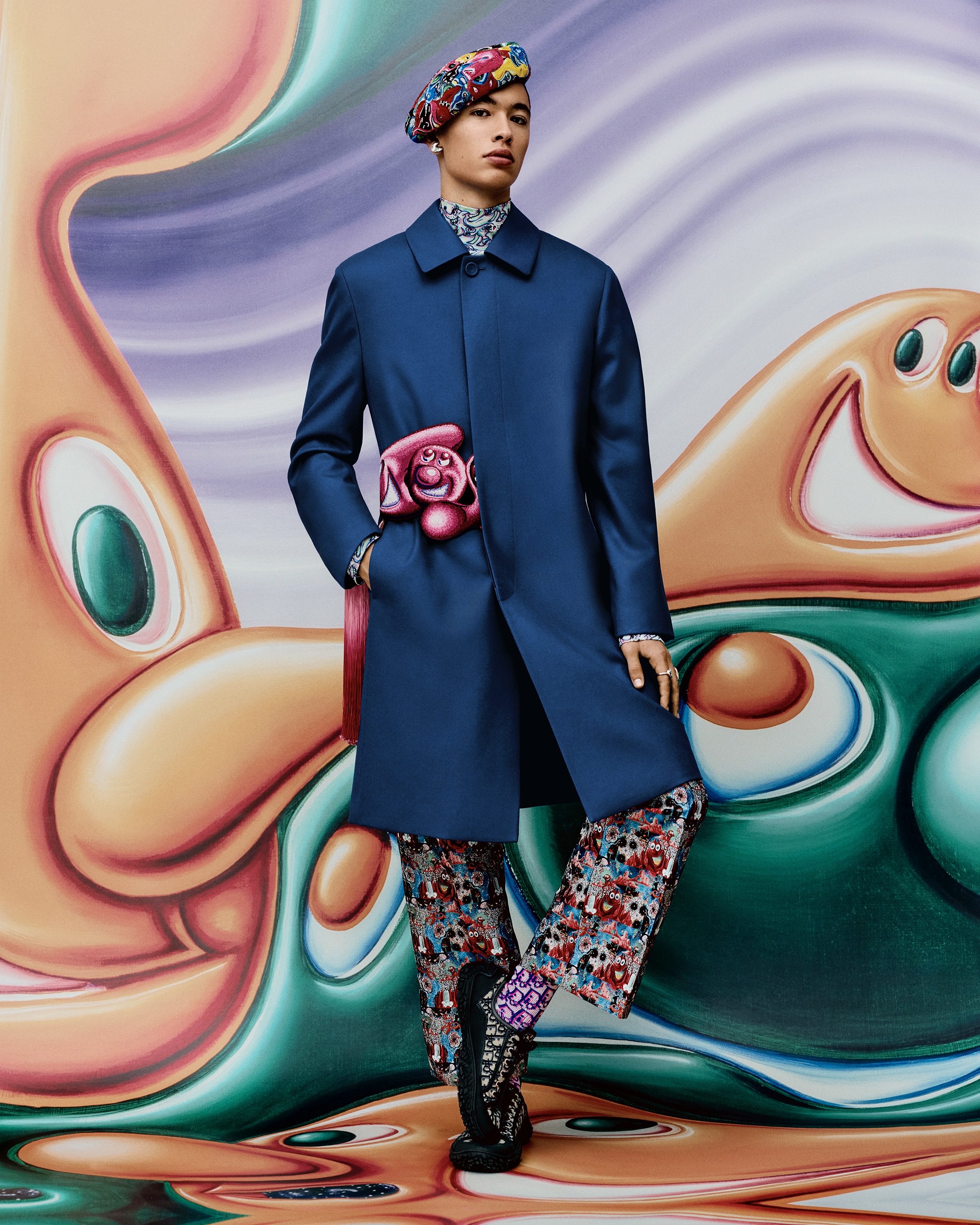 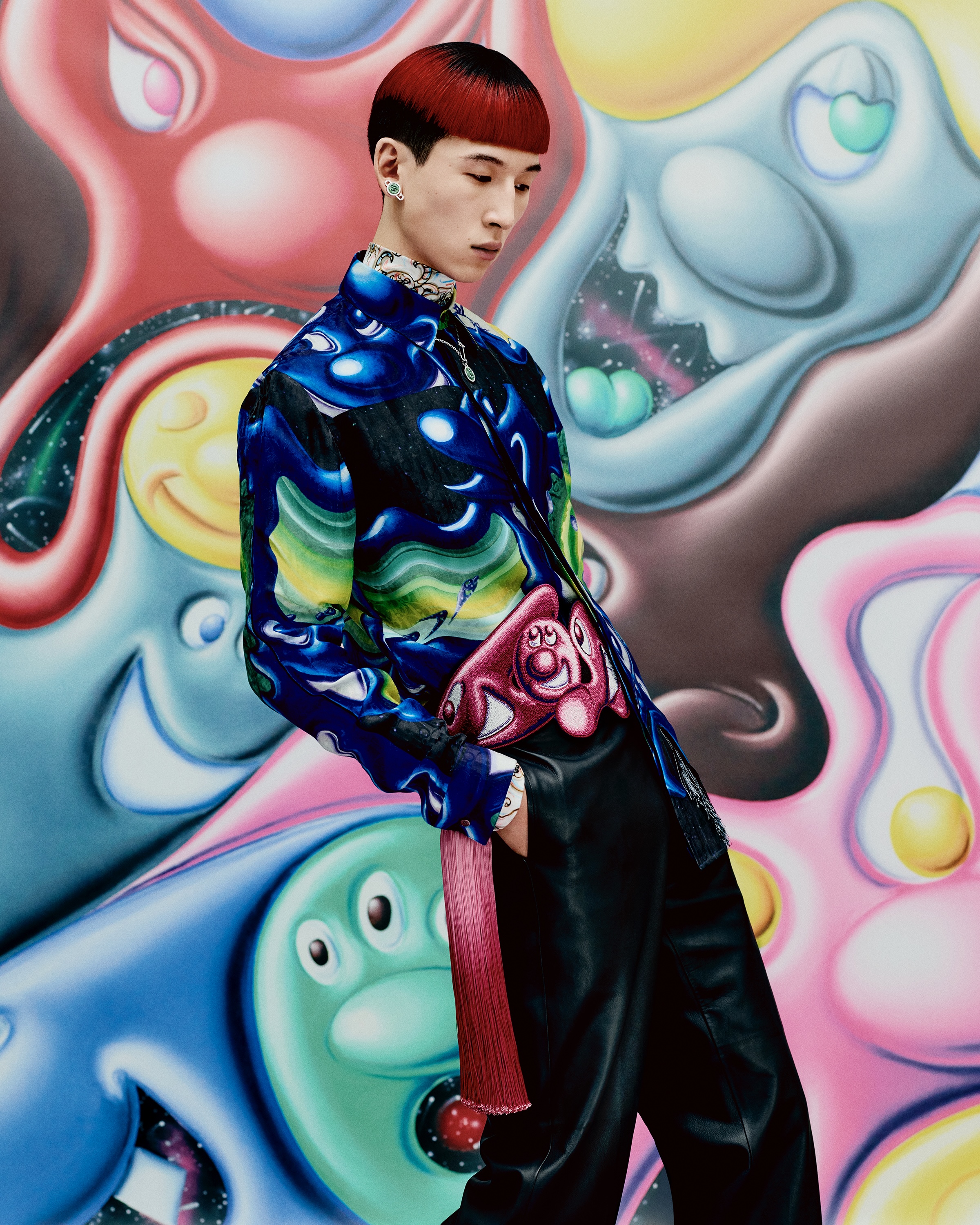