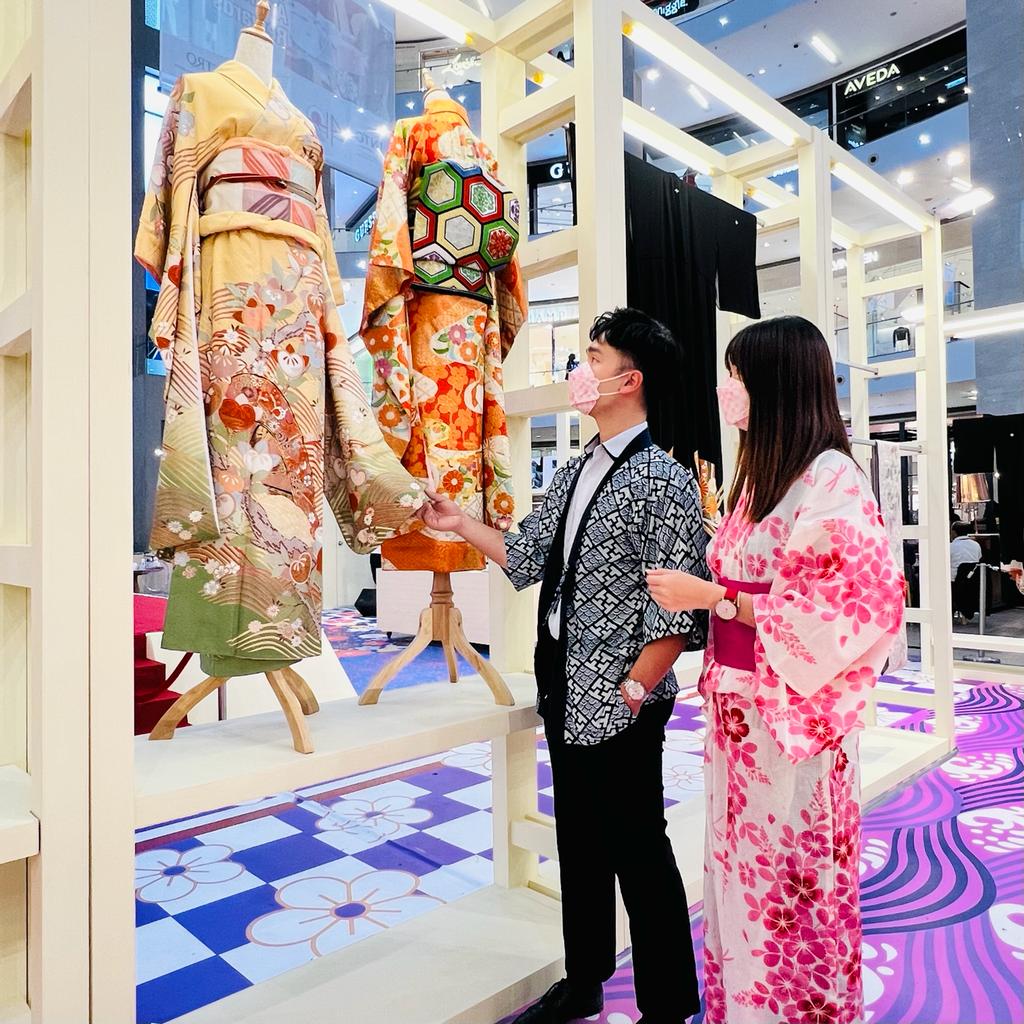 “As Tokyo Street’s 11th anniversary also marks the 40th anniversary of Malaysia’s ‘Look East Policy’, we look forward to continuing fortifying the bilateral relationship between Malaysia and Japan through retail. Tokyo Street not only houses several Japanese retail and F&B brands, we also collaborate with Japanese architects, artisans and organisations to shine the spotlight on Japan’s rich culture and heritage,” said Kung Suan Ai, in a speech delivered on behalf of Puan Sri Cindy Lim.

As part of today’s celebrations, guests were treated to a traditional Japanese drum performance, as well as a sake barrel-breaking and cake cutting ceremony before being given an exclusive tour of the ‘Art of Kimono’ exhibition and Japanese pop-up stores at Centre Court before proceeding to Tokyo Street.

BE TRANSPORTED TO JAPAN

Since opening in 2011, the award-winning precinct has become renowned for blending traditional elements and modern facets of Japan’s dynamic culture and ambience. From now until August 26, shoppers will also be transported to the streets of Harajuku at Tokyo Street, where they can indulge in Japanese cuisine at pop-up booths selling sushi bentos, Yatai Ramen, green tea and beer from Asahi at Tokyo Street’s Event Atrium on Level 6.

After exploring the exciting activities and pop-ups at Tokyo Street, sit back and enjoy a delectable Japanese meal at one of the precinct’s many restaurants. Don’t forget to check out exclusive promotions and discounts to shoppers who dine-in.

Rent a kimono or yukata at Kuma Yukata to snap photos at Tokyo Street’s famed Nakamise – a long row of quaint stores with wooden finishings, inspired by the famous Nakamise-dori Street in Japan. Or commemorate your trip to Tokyo Street with a snap by the precinct’s iconic Asakusa lanterns inspired by the Lantern of Kaminarimon (thunder gate) of Senso-ji Temple in Japan.

Shoppers who spend over RM200 through a combination of two receipts at Tokyo Street, or one receipt mall-wide, will be eligible to participate in a Lucky Draw contest and stand a chance to win more than RM160,000 worth of prizes from Isuzu, with the grand prize winner driving home a new Isuzu ride!

Shoppers are encouraged to snap photos and take videos of the exciting Tokyo Street activities and decorations and hashtag #happyanniversarytokyostreet and #pavilionkl.

Pavilion Kuala Lumpur is an award-winning, world-class mixed-use urban development located in the heart of Bukit Bintang, the shopping district of Malaysia. Pavilion Kuala Lumpur blends the best of the international and local retail world with over 700 stores and eight themed precincts. This premier shopping destination is a duty-free shopping paradise and the defining authority in fashion, dining and urban leisure. Visit www.pavilion-kl.com for updates on the latest trends, offers and events.